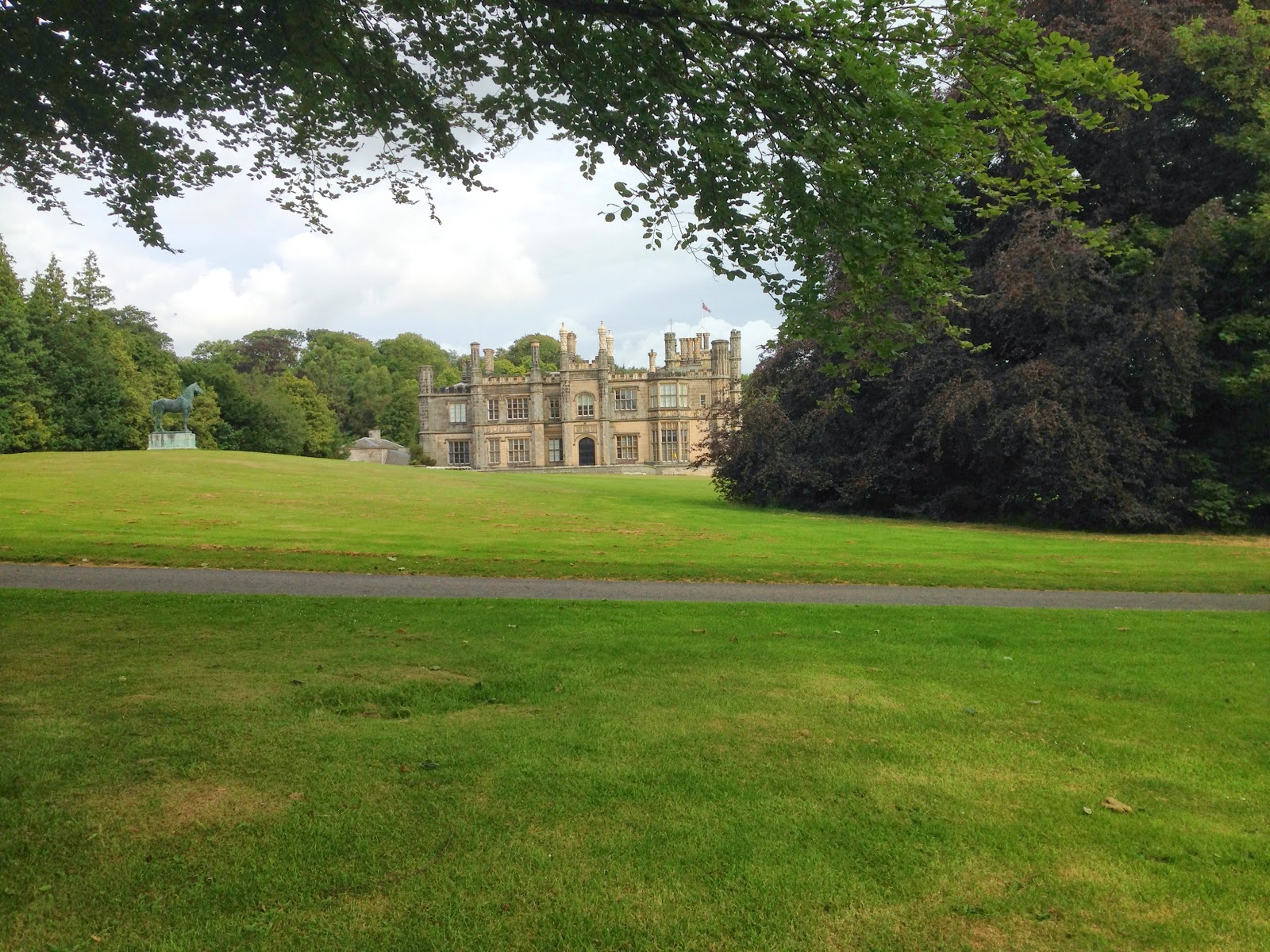 When I played the Dalmeny Estate GC Course in July 2014, I learnt that the course layout changed each winter, with separate tees and greens, making the winter course an entirely different course from the summer layout.  Accordingly, I'd have to return one day, courtesy of Martin the local member who'd very kindly invited Graham, Douglas and I last July.  I've been playing quite a bit over the winter but since most of the courses that I've still to play are not easily accessible or are only open during the summer months, I've not managed to play any new courses since my round at Hamilton, way back in October 2014.  As it turned out, the only date that suited us was Sunday 15 March 2015, so Graham and I joined Martin for what we'd thought would be a game on the winter layout, counting towards my own target of playing every Scottish course.

Martin hadn't had time to play at all over the winter, so it was as much a surprise for him to find that the winter layout is no more.  In previous years the course owner had found it advantageous for a number of reasons to change the course layout, but this hadn't been done this winter and it seems that in future years the summer course will be retained throughout the year.  So, that's one less course to do, I suppose, so if I have succeeded in identifying all of the courses, including practice courses, pitch and putt courses, those with less than 9 holes and all of the private courses on country estates etc., I now have 31 courses still to play.  That is of course a moving target as Scottish courses are currently closing at a faster rate than they are opening and that trend seems set to continue.  Maybe my target of 691 will change again if any courses close before I play them or if I find any more new ones to add to the list.  I'll try my best to play towards that target and see what happens, but with any luck 2015 will see me finish the long journey that's taken me many years and thousands of miles to complete.

Anyway, back to Dalmeny.  I said in my blog entry 642 that the Dalmeny Estate course was difficult. That was a significant under-estimation. The par of 31 is actually hugely challenging.  I'd met Martin and Graham on the 3rd tee.  They were going round this little 9 hole course twice.  I was planning to play only 9 holes, as I'd only got back from a holiday in Madeira very late on the Saturday night.  I was a bit tired, but after hacking may way round on holes 3-9, I decided to see if I could beat the 38 I'd scored last July over the same course layout.  I played pretty well and with more luck on greens that were considerably slower and less consistent than they'd been last July, the best I could do was another 38, or 7 over par, with 15 putts.  There's maybe 2-3 strokes I could shave off that total, but I doubt if I could consistently play to 10 here, given the general slowness of the fairways and the small size of the greens.  Indeed, some of the holes are just too long for me to hit in regulation. For example, the 6th, at 245 Yards is one of the longest Par 3's I've seen in my travels.  I'd move the tee forward a bit to make the challenge more realistic, given the chance! 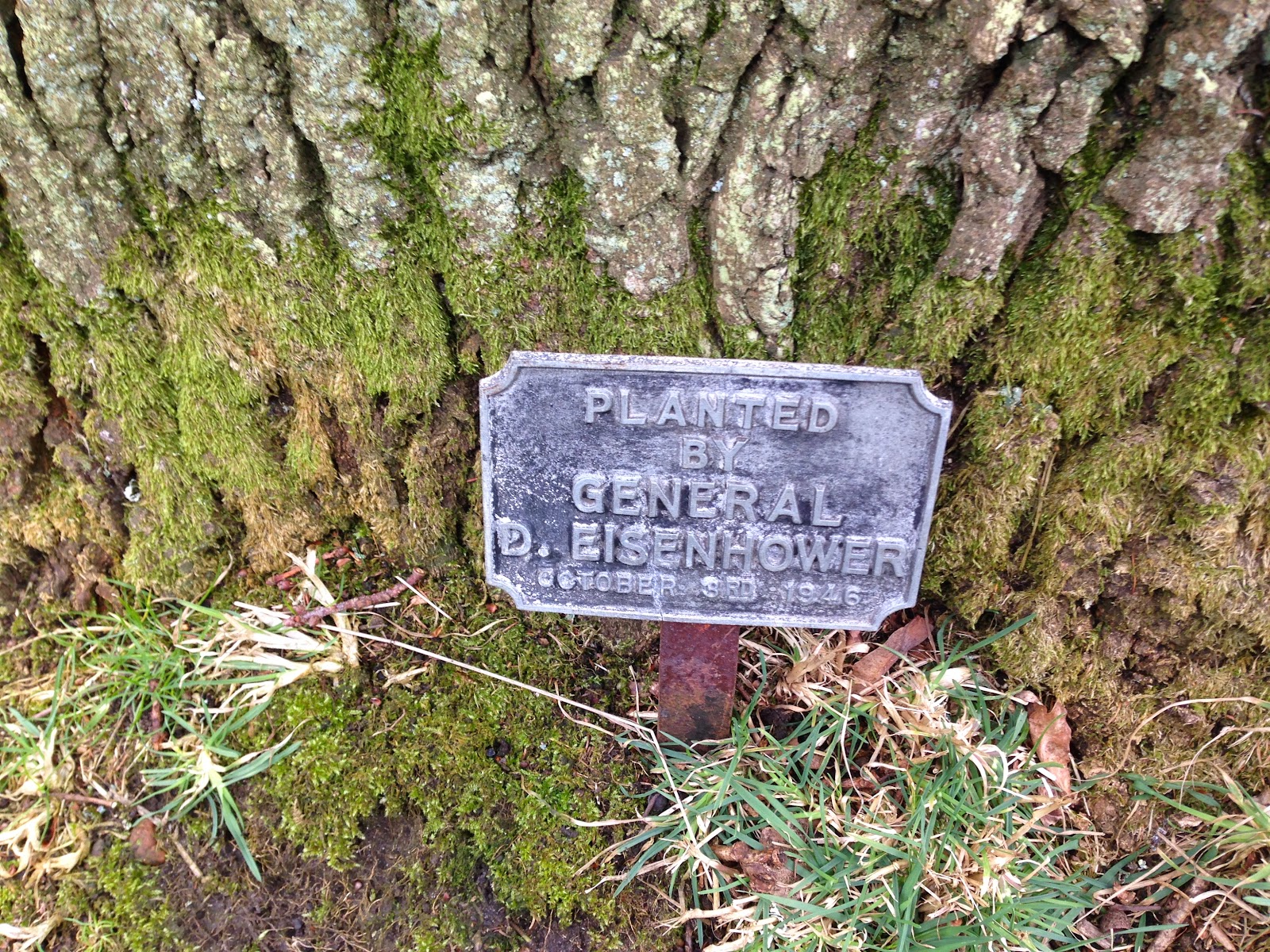 A final comment on Dalmeny.  As might be expected of a course owned by an old aristocratic Scottish family, the Dalmeny course has had some famous visitors over the years.  This is a photo an old plaque by a large tree beside the 8th tee, showing that the tree was planted by General Eisenhower on 3 October 1946. I gather that Eisenhower only planted 2 trees on golf courses, the other being at Augusta and that as a result there is still a link between the 2 clubs.  Another tree behind the 8th tee was planted by HRH the Duke of Edinburgh in November 1953, but that's the end of my trivia about this particular course. Thanks again to Martin for inviting me to play the course again.  Polly and I have recently joined Dunbar GC, so I'll probably do a blog entry on it in due course.  But for now, that's me officially out of hibernation so with any luck my blogs will soon be more regular, as my travels around the country get back into full swing.

Posted by Alan McPherson at 17:04 No comments: